Chrome, AMP, Flat White, Eclipse, Matte Black, Authentic, Hydro, Multi-Sigz, Legends and more! The Full Size Elite Series contains the most incredible speciality items, names, and surprises! We have 3 series, made up of 5 boxes in each. Referred to as 🟦, 🟩 and 🟥. The BLUE and GREEN are now complete and revealed some beauties including Jerry Rice – 49ers, and Davante Adams – Packers MATTE WHITE helmets! We now move onto the 🟥 series! ONE WINNER, per competition, will win the contents of ONE BOX. Hidden amongst the prizes are:

🟥 One MEGA MYSTERY BOX with a range of signed and unsigned memorabilia to the value of £600!!!

Congratulations to our winner who decided to STICK with their box which was chosen by our random generator, and won themselves a DK Metcalf Signed and Inscribed Full Size Eclipse Helmet! Beautiful! 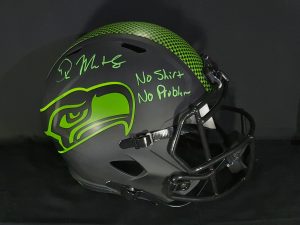 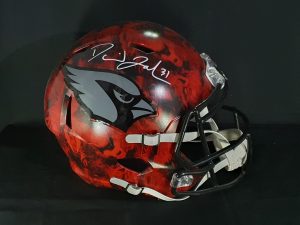 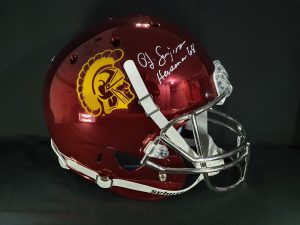